We are here for you! Coronavirus – Safety measures for consignments / purchases

You want to sell your coins?

We offer two ways to do that: By auctioning them through our large-scale international auctions, or by outright cash purchase. 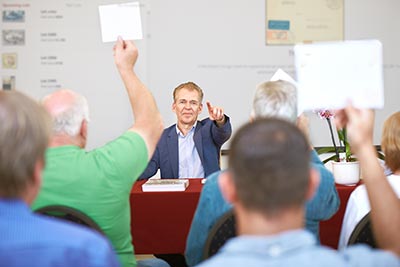 We will give you our expert advice and determine the expected proceeds of your goods. This usually takes place at your preferred location. The moment the consignment is handed over to us, it is insured against every imaginable risk. 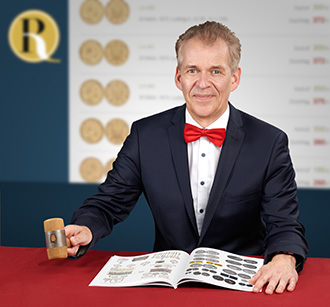 What are my coins worth?

You inherited a coin collection and have no idea what it is worth?

We will help you with some rules of thumb:

Information about the former owner is most significant. If they invested a lot of money in their collection, it is generally worth something; if only little money was spent on it, the value is small.

Generally of little value are:

Euro coins, coins from holidays abroad, business strikes from the times of the Deutsche Mark and regular GDR coins and children’s collections.

Euro coins: Numerous reports on supposedly valuable euro coins that can be found in anyone’s wallet circulate online (e.g. Strichmännchen, Helmut Schmidt, Greek 2002 with “S”, Finland 1999). You can even find such coins with phantastic prices. But this information is false. The value of these euro coins is only the face value. We have no way of knowing if these reports are of fraudulent nature.

The only valuable euro coins are the €2 coin “Grace Kelly” of Monaco as well as several issues from small states (2 euro 2015 800th anniversary Prince's Palace of Monaco, some starter kits and business strikes of the Vatican and San Marino since the introduction of the euro). These can, however, not be found in wallets, as they were only sold to collectors.

Mint-made errors: In numismatics, mint-made errors are distinct variations e.g. if a coin is struck on a planchet intended for another coin which causes a differing coin edge pattern. Small anomalies and damages to coins that occurred accidentally during the minting process are not mint-made errors. Numerous reports saying that these types of coins are of high value can be found online. However, as mentioned earlier, the value is only the face value.

DM coins: Since DM coins are usually produced in large numbers, leftover business strikes are often of little value.  There are a few valuable combinations of dates and mint marks that are, however, so rare that they are not worth searching for. If you want to look for them nonetheless:

Of high value are:

Furthermore, some of the early commemorative coins of the Federal Republic of Germany (PF) are of very high value but you will not find them in your wallet either!

GDR coins: There are definitely a number of valuable GDR coins. That does, however, not apply to the normal business strikes. Therefore, leftover East German marks are of little value just like leftover DM.

Other coins: As a rule of thumb, you can assume that minor coins are of little value and larger denominations are of higher value, gold coins are more valuable than silver coins, whereas silver coins are of higher value than copper-nickel, copper or brass. The older the coin, the higher is the possibility that it is of high value. However, even though a pfennig from the 16th century has a certain value, you rarely get rich with it. For example, minor coins from the German Empire are usually worth little to nothing, gold coins are always of high value and the value of silver coins often depends on their number.

Please take a look at the following examples and feel free to contact us if you have any questions!

With the exception of a few mint-made errors, this 50 pfennig coin with the legend »BANK DEUTSCHER LÄNDER« and the mint mark »G« (Karlsruhe) of 1950 is the most frequent »mint-made error« and the only really valuable regular circulating coin of all 50 pfennig coins. The number is estimated at 30,000. Despite the relatively small number, it is no longer difficult to acquire this coin in good condition for 150.– to 250.– euros in specialist shops. 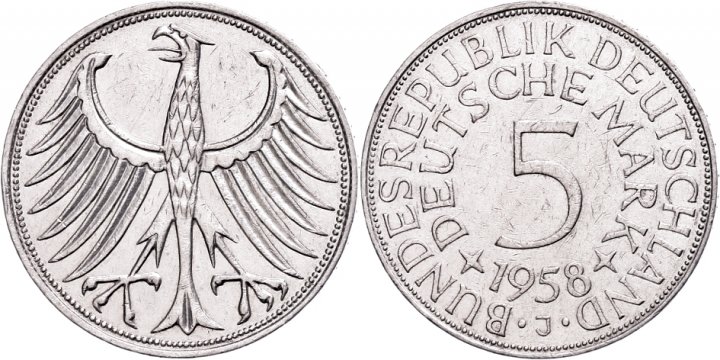 Aside from the first five 5 DM commemorative coins, the popular 5 mark coin of 1958 with the mint mark J is the most interesting coin of the regular 5 DM circulating coins from today's point of view. The purchase prices usually start at 100.– euro in average condition (see picture). Very fine coins (PF) can also cost several thousand euros. 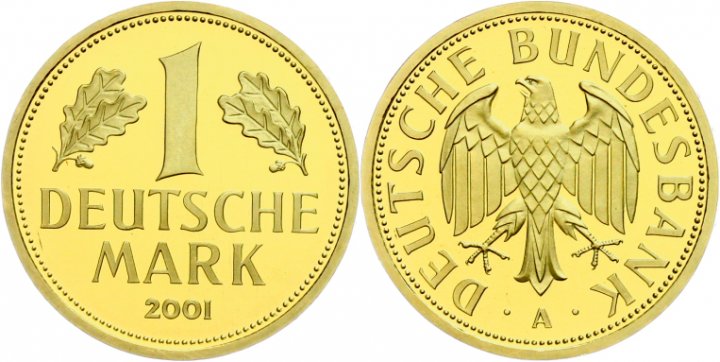 A total number of 1 million »Goldene Abschiedsmark«, as they are colloquially called, was minted. The coins have the mint marks A, D, F, G or J (200,000 coins per mint mark). The high gold content of 12g makes this coin interesting for German gold coin enthusiasts. 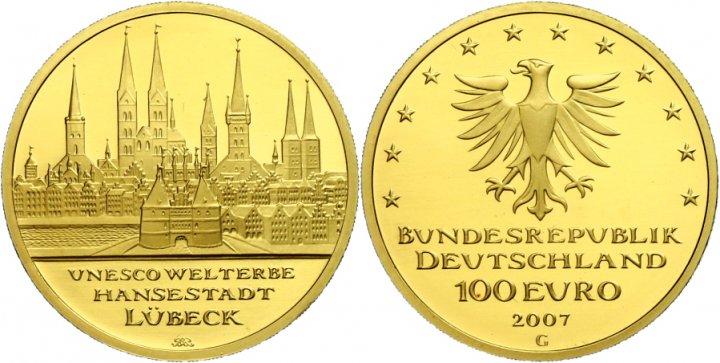 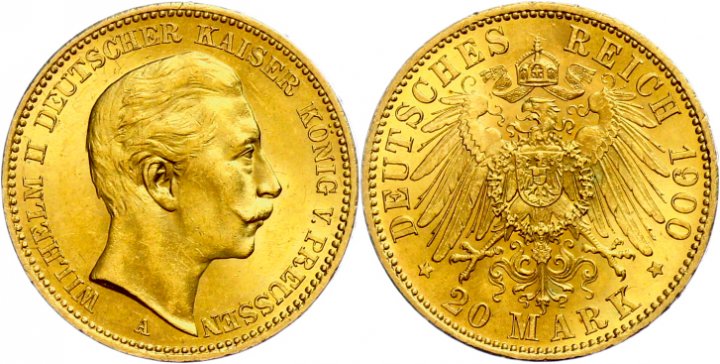 The 20 mark coin with the portrait of the German Emperor Wilhelm II, which is partly offered on the market in larger quantities, is one of the most famous gold coins from the German Empire. Millions of this type of coin were minted between 1890 and 1913. The fine weight is 7.16g and is usually traded close to the gold price with rather small markups. 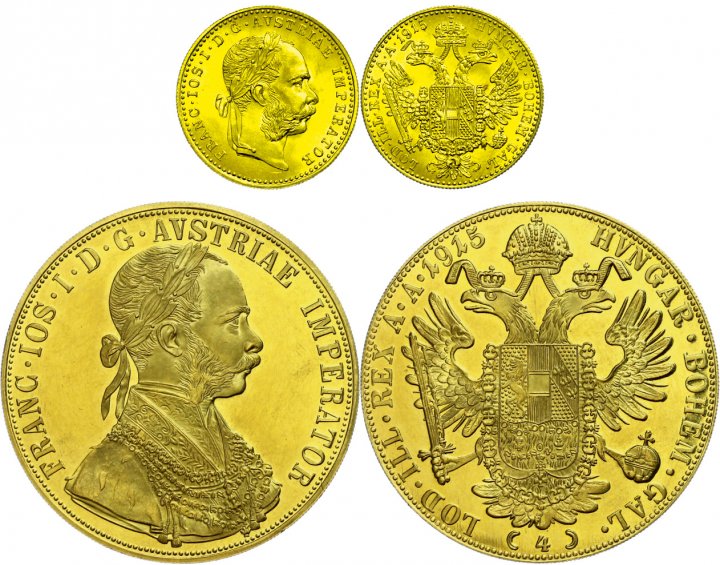 Two of the most frequent gold coins of Europe, which are represented in almost every gold coin collection, are the 1 and 4 ducat coins of Austria. The 1 and 4 ducat coins with the date 1915 are continuously restruck/re-stamped by the state. The small 1ducat coin has a fine weight of about 3.44g. The large equivalent to 4 ducats weighs 13.76g of fine gold. Both coins are traded close to the gold price. 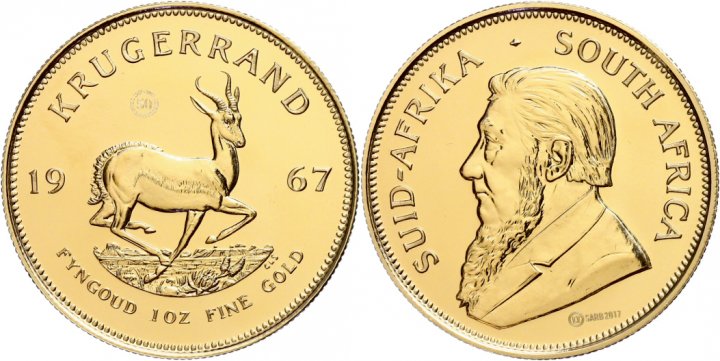 The Krugerrand is the most popular bullion gold coin in the world. On the obverse is the portrait of Paul Kruger, on the reverse is a picture of the South African national animal, the springbok. This coin usually weighs 33.93g. The fine weight is exactly one ounce, that is 31.10g. With a few exceptions, this coin is traded at the daily gold price. 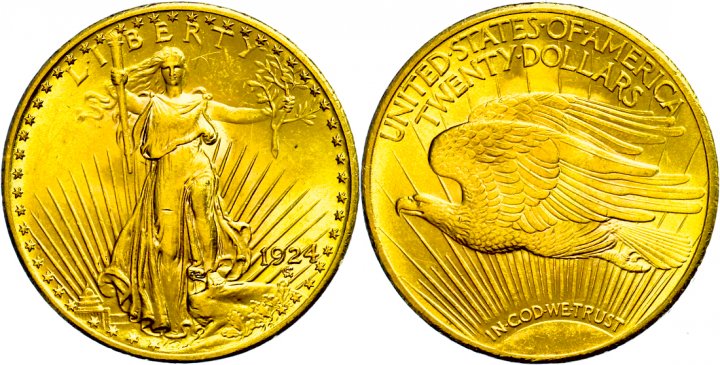 The »Double Eagle« is an American 20 dollars gold coin. There are two types: The »Liberty Head« (until 1906) and the »Saint Gaudens« type (from 1907 to 1933). The fine weight of both is 30.08g. Depending on the condition, date and mint mark, the collector's value can sometimes be many times higher than the gold price. 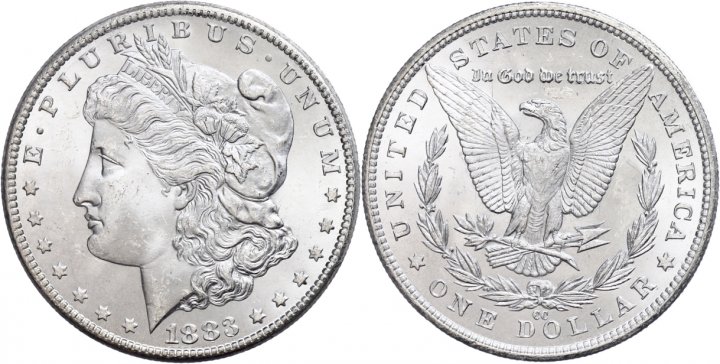 The US Morgan dollar was minted in 900 silver from 1878 to 1904. Starting in 1921, it was minted again, this time in 800 silver. This popular silver coin is very often found in collections, as some dates were minted more than 20 million times. Aside from the mints Denver (D), San Francisco (S) and Philadelphia (without minting letters), the mint Carson City (CC) is particularly popular with collectors. The less interesting coins that are available in large numbers can be purchased in average condition for 20.– to 30.– euros in specialist shops. 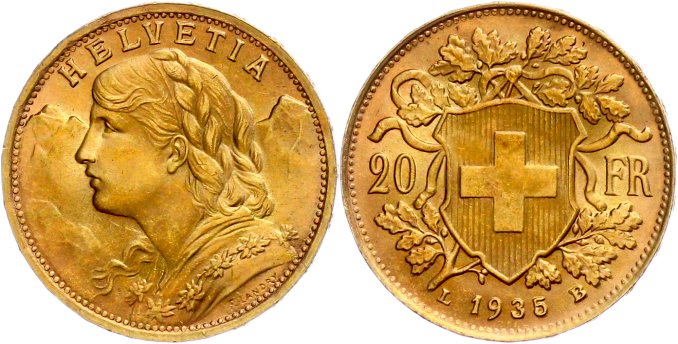 With 5.80g of fine gold and a high number of several million coins, the Swiss Vreneli is among the most frequent gold coins in Europe. The 20 franc coins minted in Bern between 1886 and 1949 are also found in the 10 and 100  franc denominations. The latter is very rare and is traded at international auctions for high four-digit and even five-digit prices. The regular 20 franc coin can already be purchased at the daily gold price. 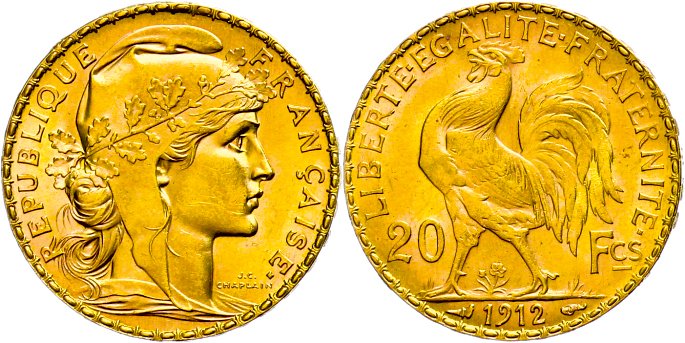 The 20 franc gold coin of which millions were minted between 1906 and 1914 is a frequent gold coin, just like the 1 and 4 ducat coins of Austria. Especially coins from 1907 onwards are frequent. This coin is easy to recognize by its beautiful portrait – the Gallic rooster on the reverse. The fine weight is 5.80g and has almost no collector's value. Like so many gold coins from this time, this coin is also traded close to the gold price.

What are the different types of consignment?

The ideal way: Your consignment is professionally processed and divided into auction lots in order to obtain the best price. This can be arranged according to your wishes.

The goods will then be presented in our catalogs to an international audience. Our large and affluent clientele ensures optimal proceeds. You benefit from all bid increases in the bidding wars, for you only pay an appropriate commission on the proceeds.

At your request we are also happy to make a cash offer.
The advantages: You receive the payment right away, there is no waiting for the auction results and the accounting to be finished, and the proceeds are not dependent on the situation in the auction room. On the other hand, the proceeds from an outright sale are in general considerably lower than the proceeds that can be realized through an auction.

Our information video illustrates the consignment process and the auction process in vivid detail. 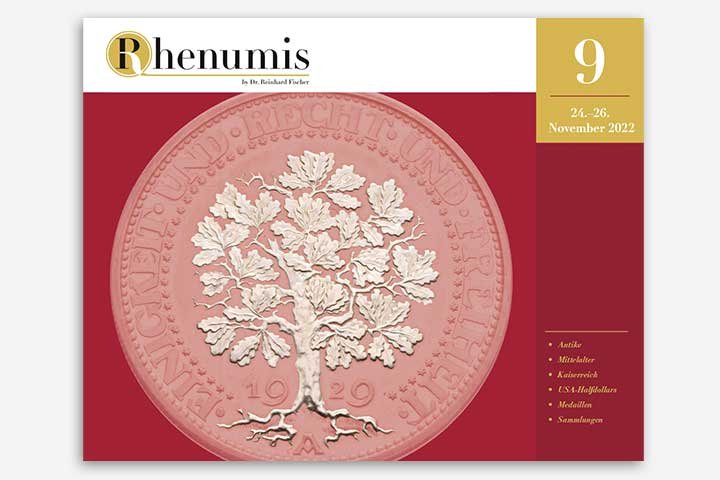 The optimal presentation of your treasures guarantees maximum proceeds.

We are ready to produce a special deluxe catalog for high quality collections!

Please contact us. We would be happy to show you the high standard of our services and products in a one-to-one conversation!

Highlights from past coin auctions 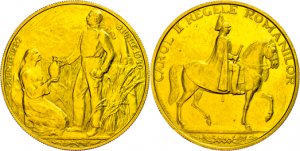 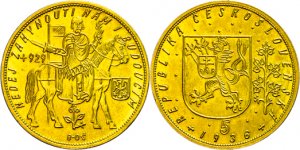 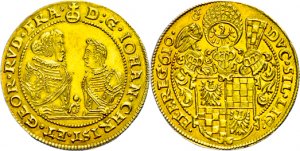 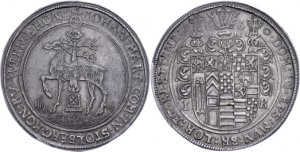 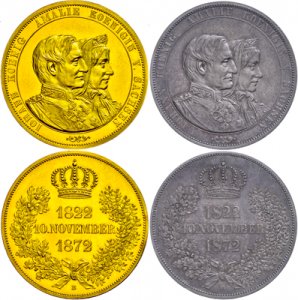 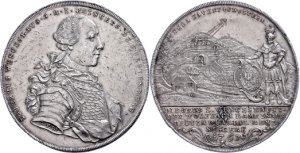 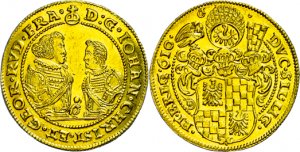 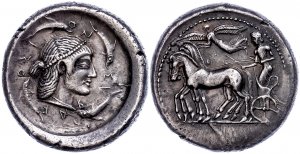 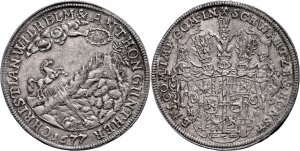 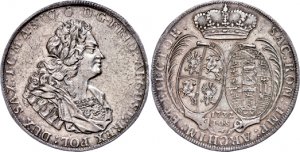